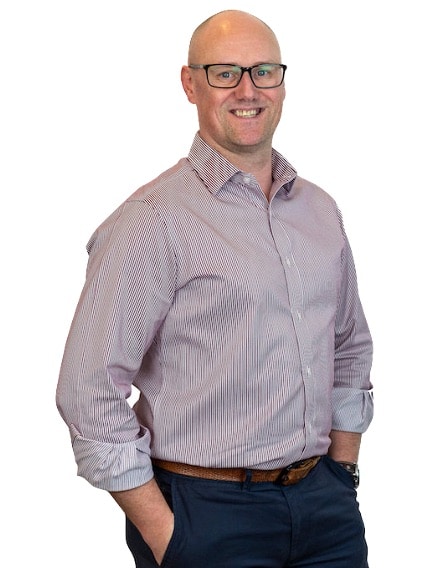 Originally from Ireland, Colin immigrated to Sydney in 2009, having previously lived in Sydney from 1998-2001.

My Foot health career began over 20 years ago working in ski and mountaineering shops, fitting ski boots and climbing boots, and making custom foot beds. Worked as a professional boot fitter in ski resorts in Europe before moving to the UK in 2002 to study a BSc (Hons) Podiatry degree.

After I qualified I worked in the NHS in the south of England for several years within a busy musculoskeletal department, with a special interest in neurological conditions and sports injuries, while working within a neurological team within the NHS trust. I have also worked within a hospital outpatients setting in Rheumatology and stroke units, treating a variety of musculoskeletal conditions through orthosis and rehab.

I decided to move back to Sydney in 2009 and have been working in private practice in all aspects of Podiatry and with special interest in Biomechanics and Rehab.

I have a 3 year old daughter that keeps me on my toes, and we are trying for our second child (gluten for punishment I’m told). I love my rugby, skiing obviously and mountain biking when time permits, and can usually find me out in the bush on the northern beaches or manly Dam.