What Is An Ingrown Nail 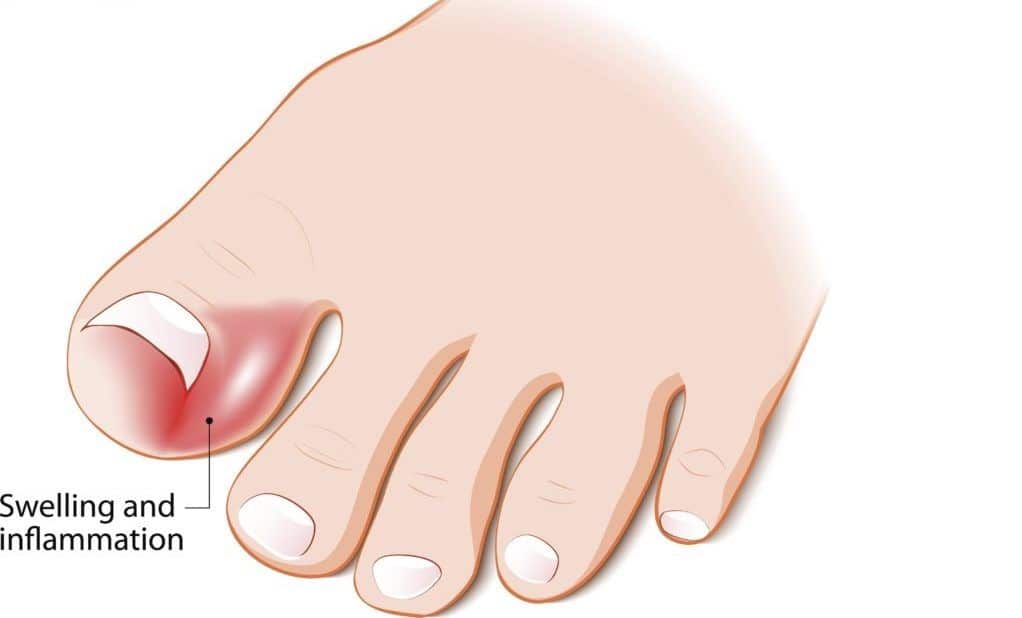 Ingrown toenails, scientifically known as onychocryptosis or unguis incarnates, are one of the most common reasons why patients go to their general practitioner or podiatrist. In fact, it has been reported that nearly 20% of all patients that go to the doctor’s office will have an ingrown toenail.

Ingrown toenails occur when the corner of your nail grows into the soft tissue that surrounds it. This causes local inflammation, which can also predispose the area to infection; after all, our feet come into contact with many different types of microorganisms.

Ingrown toenails affect mostly young men aged 15 to 40 years old, but they can happen to anyone. They’re also most common in your hallux or big toe, but again, they can affect any toe. Certain risk factors can also make ingrown toenails more likely, such as:

A true ingrown nail is that in which the nail edges grow into the paronychium, which is the border of soft tissue that surrounds the nail. The resulting inflammation causes swelling, redness, pain, and tenderness. However, these symptoms can also appear if the skin on your toe grows excessively and covers the nail edge.

Several factors can make an ingrown toenail more severe. Diabetic patients, for example, tend to suffer from a decreased blood flow. This makes it more difficult for tissues to heal from injuries or fight off infections. Any other condition that impairs your blood flow can worsen the complications of an ingrown toenail.

Ingrown toenails in adolescents and adults can be divided into three stages. These stages are characterised by the following symptoms:

Ingrown toenails, of course, aren’t new. And while podiatry as we know it is still a relatively modern science, historical records show that ancient physicians were practising ingrown toenail surgery as early as 600 AD. Through the centuries, the procedures and techniques used to treat ingrown toenails have greatly evolved; however, the basics of the treatment remain the same.

There are many different therapeutic options for ingrown toenails. Finding the best treatment for each individual case will depend on the location of the ingrown toenail, the severity of the symptoms, and the patient’s medical history.

Some of the most common treatments for ingrown toenails include:

Regardless of the severity of the ingrown nail, foot hygiene and care are considered vital to the success of the treatment. Regular foot soaks and trimming the nails straight across are necessary to maintain healthy toenails.

Since our feet are heavily colonised by different microorganisms which can cause infections, many doctors and podiatrists recommend using topical antibiotics. These creams won’t heal the ingrown toenail itself, but they can prevent or cure bacterial infections in the tissue that is affected by the condition. NSAIDs are also used to manage pain and swelling.

Ingrown toenails are a relatively simple and common occurrence; however, their symptoms can be very debilitating and uncomfortable for patients. Fortunately, choosing the right treatment can alleviate symptoms almost immediately and prevents reoccurrences. It’s also possible to prevent ingrown toenails through regular and adequate foot care and by choosing comfortable, protective footwear. 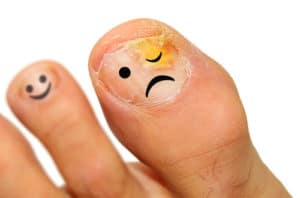 How Do you Get Rid of Fungus On Your Feet

Are you looking for information about natural fungal nail treatment? How do you eliminate toenail fungi? These are all good questions, and many have been